Can taking cold showers really help you in getting top marks in school? A large number of blogs mentioned many health and study benefits of cold showers. Rather than accept their claims immediately, let’s dig deeper and determine if what they’re saying is true.

The Principle Behind Cold Showers as a Self-Discipline Builder

Human beings often need a not-so-gentle nudge to get them to do the things that they don’t want to do. Many students often find excuses not to finish a school assignment until it’s crunch time. These kids would later lament their lack of fortitude and wished that they had more self-discipline.

But what is SELF-DISCIPLINE to begin with? The Cambridge Dictionary defines “self-discipline” as “the ability to make yourself do things when you should, even if you do not want to do them.” To put this definition in simpler terms, self-discipline entails having the desire and the willpower to accept any form of discomfort in order to develop a beneficial habit.

This is where the principle of taking cold showers – a biological phenomenon called HORMESIS – comes in.

When you want to build your self-discipline, you should expose yourself to a stressor that you can do with minimal pressure and is already somewhat automatic for you, namely a shower.

Let’s face it! Everyone wants to feel clean, refreshed and smelling nice in the morning. Taking a shower is already a part of your daily hygiene routine. What you NEED to do to make hormesis work for you is to up the ante on your shower by taking it COLD. Benefits of a Cold Shower

There are a number of health benefits that you can get by taking cold showers in the morning and which can help you in school:

While these benefits alone can encourage you to take morning cold showers, they can help you develop self-discipline in the following ways:

3) Puts you in a calmer state of mind

4) Helps to temper your reactions to stress, making you less prone to experience fear, anger, and frustration

Cold Shower Therapy in Relation to Getting Top Marks

A few research studies have been conducted on cold shower therapy and its effects on an individual’s mental functions. We shall especially be taking note of those studies that focus on the mental functions that can affect a student’s performance in school, namely cognition and emotional states, such as anxiety and depression.

In a 2007 study conducted by molecular biologist Nikolai Shevchuk, cold showers activate the sympathetic nervous system. Upon activation, the sympathetic nervous system floods the body with beta-endorphin and norepinephrine, also known as “feel good” hormones. As a result of the increase of these hormones, a “mood-lifting effect” was observed. There was also a significant reduction in anxiety and depression episodes.

Both of these studies offered the suggestion that since the sympathetic nervous system is also connected to the cognition or learning center of the brain, an increase in “feel good” hormones may also greatly improve an individual’s capacity for learning.

Another suggestion was posted by a respondent on Quora pertaining to the effects of glucose on mental function. Glucose, the body’s main fuel, is being utilized in mental functions, including learning. Heat disrupts the body’s equilibrium so that it is not able to use glucose effectively. By lowering body heat, cold showers enable better processing of glucose, resulting in improved cognitive function and decision-making abilities. It also energizes the body, leading to improved physical activity.

This finding was confirmed in another study conducted in the Netherlands. Cold showers were not only effective in improving a person’s physical fitness level, but it also boosts immunity. This means fewer absences in school because of sickness.

If you want to give cold showers a try, there are two ways by which you can do this. The first way, as advocated by Joel Runyon, involves setting the shower to cold the night before. The following morning, take the cold shower for just 5 minutes.

The second way is ideal for those who prefer a hot shower and would rather not be jolted by a blast of cold water. Start by taking a warm shower. Then, you turn off the heater and let the water cool down until the cold is almost intolerable. Stand in this cold shower for two to three minutes.

A Final Word on Cold Showers

While all these studies confirmed the benefits of cold showers in learning, this form of discipline building may not be as effective in other people. Some people noticed that they are sleepier and more lethargic after cold showers. Others developed anxiety and insomnia at the anticipation and dread of taking a cold shower the following morning.

To see if cold showers will benefit you in your goal of developing self-discipline, here are some tips to keep in mind:

1) Give cold showers a try every morning when you wake up for five minutes only. The shorter duration of the shower will reduce your shock and exposure to cold temperatures. At night, treat yourself to a hot shower.

2) Limit cold showers to weekdays and reward and relax yourself with hot showers on weekends.

3) Do not take cold showers if you are already feeling cold. It will be more difficult for you to warm your body up.

4) Never take cold showers if you are sick, even if it’s just a cold, cough or flu. Subjecting your body to colder temperatures will affect healing and recovery from illness.

If you wish to develop better self-discipline, give cold showers a try. Have a cold shower trial for a full week to better observe and appreciate the health and study benefits that it offers. Maybe you’ll be surprised with the results by getting top marks! 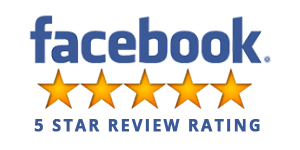